Raised in Moscow, Russia, Inna has always been a spirited soul. Wanting the best for her daughter, Inna’s mother diverted her path from the bustling nightlife of Moscow, to studying fashion and business communications in the USA. Helping others has always been her passion, and she’s dedicated most of her career to the non-profit sector. When it comes to transportation, Inna has always preferred two wheels, spending much of her adult life buzzing around town by scooter.

In 2006, she met a guy who dreamed of riding motorcycles from Seattle to Tierra del Fuego, Argentina. This quickly became a shared vision which they turned into a reality by riding a pair of KLR 650 motorcycles some 17,000 miles through 13 countries. By the end of the trip they decided to make permanent their adventure together with an engagement to marry.

Once back in Seattle, Inna started a freelance creative agency and began consulting for motorcycle industry clients including Ural Motorcycles and Touratech. As the BDR organization began to outgrow it’s volunteer workforce, Inna was recruited to become the Director of Operations. Since 2012, Inna has taken the operation to new levels with her energy, organization and passion for inspiring others to explore the world on two wheels. When not hard at work, Inna and her husband like to share the wonders of nature with their two young children camping in the mountains. 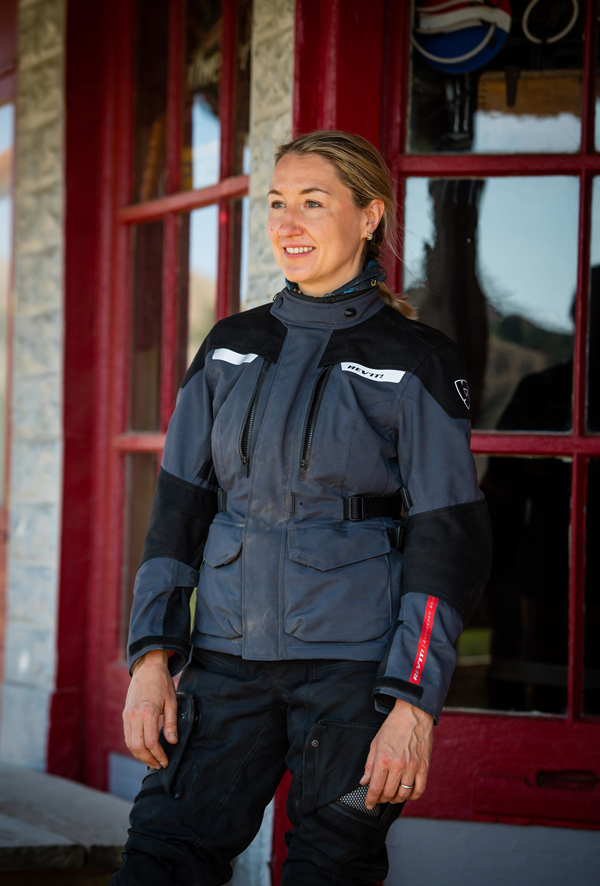 Raised in urban Massachusetts, Robert often vacationed as a child in the White Mountains of northern New England.  It was there he discovered his love of getting away from the fast pace of the city, and absorbing all that the quiet and serene landscapes the woods has to offer.  Fast-forward a couple of decades, and he found himself a transplant to the Pacific Northwest, where the rugged beauty of the Cascades dwarfed his childhood experiences and expectations.  It was the music industry that brought him west, but being a creative soul and always looking to be challenged, he quickly found his way into graphic design with a focus on the late-90’s burgeoning e-commerce industry.

It wasn’t long after arriving in Seattle, WA that he fulfilled a dream he’d had since he was young, and bought his first motorcycle.  In almost 25 years of riding, he’s explored most of the PNW’s greatest roads, and ventured out to a wide ‘collection’ of National Park visits on two wheels, amassing over 100k miles.  But it was a trip up and down the Al-Can to Alaska’s Kenai peninsula that opened his eyes to the thrill of riding with something other than pavement under your wheels, and the utter joy of overcoming the challenges such a ride entails.  It took a few more years of exploring Washington’s numerous forest service roads (and destroying a few springs in the process), but he’s now head strong about backcountry riding.

After watching a few of the BDR films in his off-road research, Robert was forwarded a listing for a BDR Project Administrator from a friend.  Call it kismet, destiny, or fate…. Robert is thrilled to be a part of such a wonderful, caring team that is so committed to community, nature, and of course, riding!

When not in the office answering your emails, helping coordinate the next fundraiser event, or making sure you get your membership package, he is probably discovering his next favorite craft beer.  A lot of miles have been put on his bike visiting the many independent breweries Washington is nationally recognized for. If he’s not chatting up someone at a brewpub, you can probably find him enjoying live music of all styles. Born and raised in northern Arizona, Michael spent the majority of his early riding career exploring the wide open landscapes of Arizona and southern Utah, crafting GPS tracks, riding back roads, and camping remotely before the first BDR even existed.  Having developed his career as a professional photographer, he immediately began providing his services within the ADV community and brought a camera along for each and every journey.  Fueled by the desire to contribute more to the ADV community, his drive brought him to San Diego and ultimately to Denver.

Having spent the last decade in marketing and management roles within the adventure motorcycle rental and touring industry, he continues to devote his passion for adventure to an industry in which he feels most at home.

As a professional guide for countless BDR tours, and in his marketing/management roles with several companies in the industry, the BDR mission has always been at the forefront of his career.

As Assistant Film Director, Michael has provided cinematography to the MA, CA, NE, WY and OR filming expeditions.

As Routes Manager, his goal is to ensure BDR riders enjoy  safe and unforgettable experiences on the routes. He hopes to continue developing his experience and furthering his contributions to the growth of the adventure motorcycle industry.

This site uses cookies. By continuing to browse the site, you are agreeing to our use of cookies.

We may request cookies to be set on your device. We use cookies to let us know when you visit our websites, how you interact with us, to enrich your user experience, and to customize your relationship with our website.

Click on the different category headings to find out more. You can also change some of your preferences. Note that blocking some types of cookies may impact your experience on our websites and the services we are able to offer.

These cookies are strictly necessary to provide you with services available through our website and to use some of its features.

Because these cookies are strictly necessary to deliver the website, refusing them will have impact how our site functions. You always can block or delete cookies by changing your browser settings and force blocking all cookies on this website. But this will always prompt you to accept/refuse cookies when revisiting our site.

We fully respect if you want to refuse cookies but to avoid asking you again and again kindly allow us to store a cookie for that. You are free to opt out any time or opt in for other cookies to get a better experience. If you refuse cookies we will remove all set cookies in our domain.

We provide you with a list of stored cookies on your computer in our domain so you can check what we stored. Due to security reasons we are not able to show or modify cookies from other domains. You can check these in your browser security settings.

We also use different external services like Google Webfonts, Google Maps, and external Video providers. Since these providers may collect personal data like your IP address we allow you to block them here. Please be aware that this might heavily reduce the functionality and appearance of our site. Changes will take effect once you reload the page.